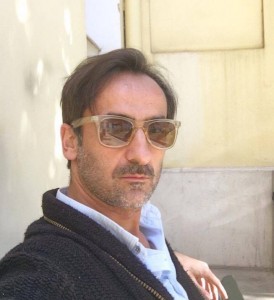 I am born in Istanbul in 1974 where I studied at the Mimar Sinan University of Fine Arts. After graduation I established my own studio in Istanbul and started my painting activities. Besides painting, I do also tutoring in painting and fashion design.

2010 Participant lecturer in the implementation work named “Rise to the Light” within the framework of the 150th Anniversary of Sile Light House under the supervision of Professor Kemal Can, Head of the Department of Textile and Fashion Design together with the Department of Photography at Mimar Sinan University of Fine Arts

2011 Still continuing his drawing, design and painting works in his atelier, at the same time tutoring students on relevant departments of the local or international universities of fine arts and equipping with illustration and drawing works